The St Michael’s Collegiate School Board is governed by the Christ College Act 1926 and is responsible for the governance of the School.

Established in 1974, the Board is responsible for the governance of the School and has four major roles: 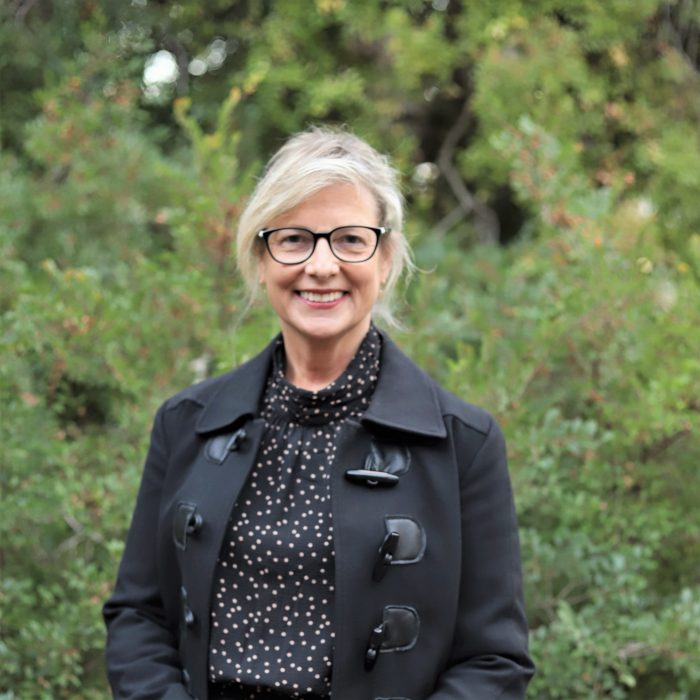 Chair of the Board

Chair of the Board

Heather has enjoyed a diverse career in the not-for-profit sector, with a focus on adding value to the broader community. While undertaking roles in the areas of health and education across Tasmania, Heather has also contributed at a governance level to a number of women’s organisations, including through her Ministerial appointment to the Tasmanian Women’s Council in 2011. Following this, Heather was delighted to accept a Ministerial appointment as Chair of the judging panel for the Tasmanian Honour Roll of Women 2014 – 2018 and became the Tasmanian Ambassador to the National Honour a Woman program in 2020.

After completing two terms as a Director on the Board of the Tasmanian Community Fund and also on the Board of Primary Health Tasmania, Heather was appointed to the Legal Professions Board of Tasmania as a layperson member in 2018 for an initial five-year term.

Following commencement as CEO of the RHH Research Foundation in 2011, Heather was acknowledged as the Telstra Business Woman of the Year (Community/Government Sector) for Tasmania in 2013 and continues to contribute to this program as a judge in the state and national awards. She is inspired about the potential for women and girls to join together in making a difference to communities across Tasmania and sees her role as Chair of Collegiate’s Board as offering valuable future opportunities to assist with this.

Heather’s most rewarding role is, of course, as a mum. She has two children, now young adults, who both commenced their association with Collegiate from their days at the Early Learning Centre. Heather is honoured to have this chance to become more closely involved in the strategic direction of St Michael’s Collegiate and its broader community over the coming years. 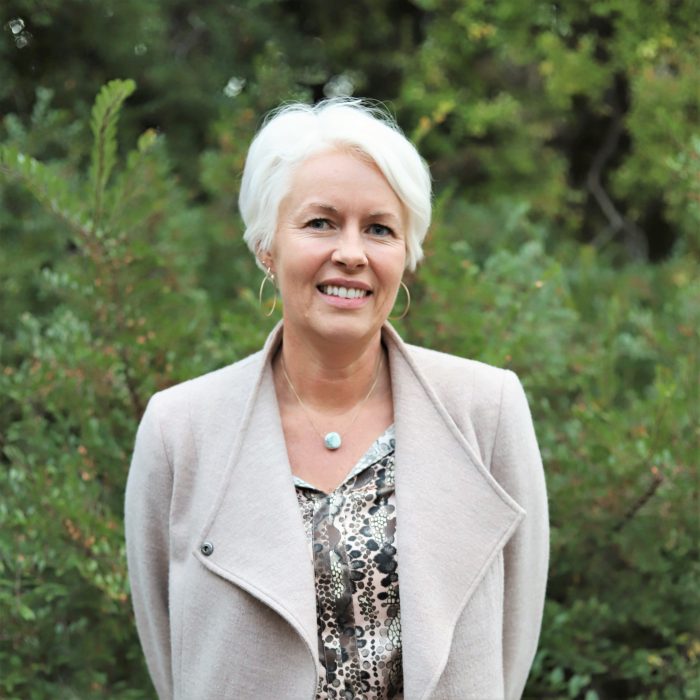 Deputy Chair of the Board

Deputy Chair of the Board

Ms Sophie Davidson has a 30-year association with Collegiate and is deeply committed to single-sex education for girls. She is a past staff member, an Old Girl of the School (Class of 1988) and her daughter (Class of 2018) is a 4th generation Collegiate student.

Sophie specialises in fundraising and philanthropy, with particular expertise in major gifts. She works to ensure donors achieve sustainable impact as well as a true sense of partnership through their collaboration. Sophie has worked in the not for profit sector in the United States and Australia for more than 20 years – across education, conservation, social justice and the arts. Her efforts have seen more than $100 million delivered to a variety of causes.

Sophie assists Australian Indigenous organisations on a pro bono basis. She lives in Tasmania with her husband Ben and 16-year-old daughter Lily. 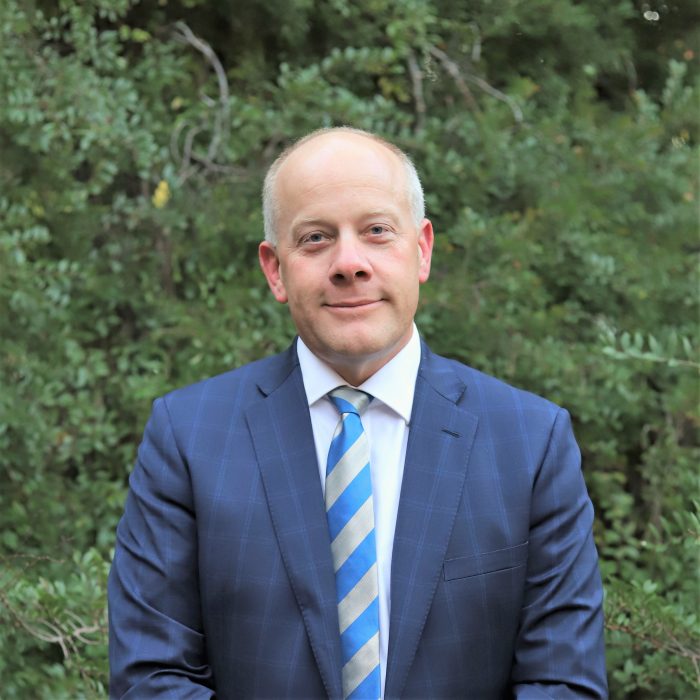 CEO RACT
Parent of Old Girls of the School

He was appointed as CEO of RACT Insurance in 2009 and has worked within the General Insurance industry for over 25 years, previously within the Suncorp – Promina group as Executive Manager for South Australia, Northern Territory, Tasmania, and Western Australia overseeing all facets of general insurance operations.

John runs multiple businesses around Australia and India and has been heavily involved in managing assets, properties, an IT company and even establishing schools in India. His main business is managing a fund that owns and operates motels in regional Australia.
John is deeply honoured to be able to serve his community as a Board member of Collegiate and serves with a sense of being part of an important and significant history. As a school parent of three wonderful young women, he understands the perspective of both parents and students.
John is a Board member of many charities and not-for-profit organisations including, Presbyterian Care Tasmania and was involved in establishing the Tasmanian Christian Fund. He is a member of St Clements Church in Kingston and is a keen outdoor adventurer with a penchant for high altitude mountains. 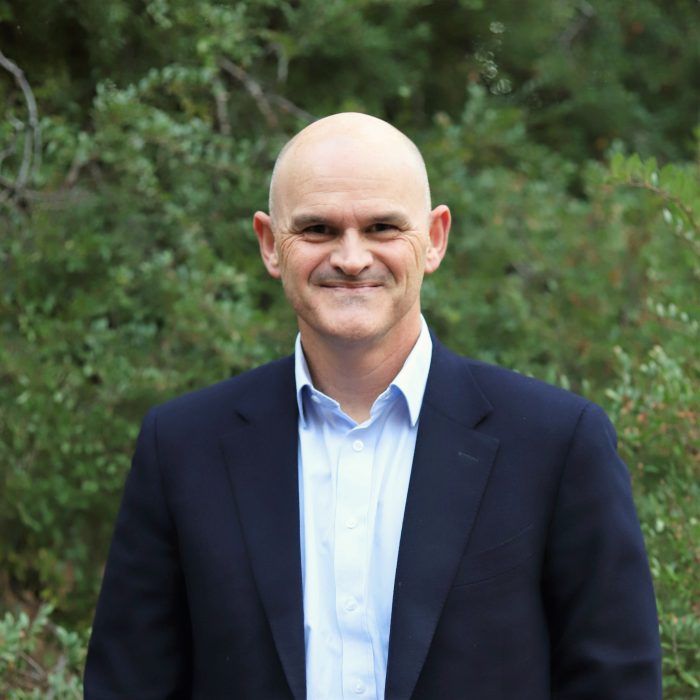 Member of the Finance and Internal Audit Committee
Member of the Governance and Risk Committee
Senior Director with the Department of Police, Fire and Emergency Management
Graduate of the Australian Institute of Company Directors
Parent of a current student

Tim is a Senior Director with the Department of Police, Fire & Emergency Management (DPFEM) leading large scale programmes of work and providing specialist advice on police specific systems. Prior to joining DPFEM, Tim was Partner with KPMG as well as previously being the Acting Chief Executive Officer and Chief Operating Officer at MyState Limited, a publicly listed national financial services company.

Tim holds an MBA from the AGSM, MA and BA (Hons) from The University of Melbourne and is a Graduate of the Australian Institute of Company Directors. He is married to Gaye and their daughter Sarah is a student at the school. On weekends he enjoys spending time with family and cycling. 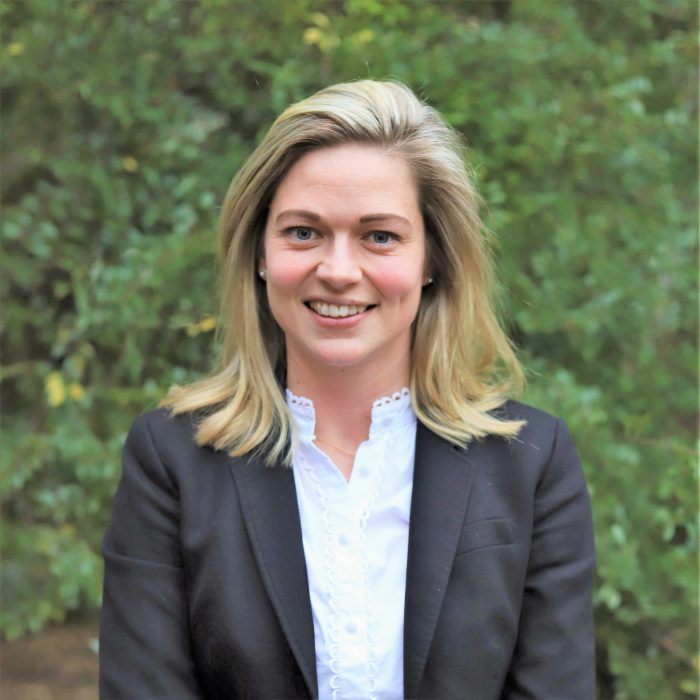 Susannah has a strong association with the School, being a third generation Collegiate girl and current parent.  Susannah is a Hobart based lawyer who graduated from the University of Tasmania in 2006. After commencing her career in private practice, Susannah has worked as corporate counsel and Company Secretary for both private and public organisations over the last 10 years.  Susannah has a strong background in corporate, commercial  and property law, with a particular interest in corporate governance.

Susannah grew up in the Derwent Valley and now lives in Hobart with her family. They like to spend their time at Susannah’s family farm and boating in Tasmania’s beautiful waterways.

As an old girl and boarder at Collegiate, Susannah is pleased to reconnect to the school as a member of the Board. 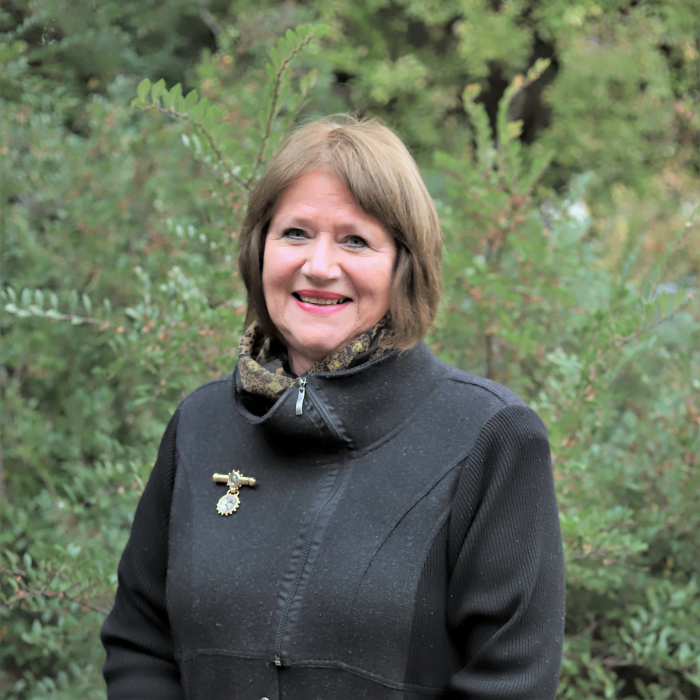 Member of the Property and Development Committee

Bobby has been an educator and educational leader in Tasmania for over 40 years, including a total of 23 years as Principal of Mount Carmel College and Dean and then Principal of Guilford Young College. Her achievements have been recognised by the Australian College of Educators (ACE), the Australian Council for Educational Leaders (ACEL), the Catholic Principals Association of Tasmania (CPAT), the Principals Australia Institute (PAI) and the Association of Heads of Independent Schools of Australia (AHISA).

Bobby has been a Director of the Boards of AHISA and the Tasmanian Qualifications Authority (TQA), Director of Southern Cross Care (Tas), Edmund Rice Education Australia and has represented UTas on the Tasmanian Veteran’s Children Education Board and Gowrie Tasmania. She was Chair of AHISA (Tas) and Chair of SSATIS (Southern Sports Association of Tasmanian Independent Schools).

Bobby is an Associate of the Underwood Centre (UTAS), Co-ordinator of the AHISA Principal Advisor Program in Tasmania, a consultant for the AHISA 360 Degree Senior Leadership Survey, a mentor for Principals and aspiring educational leaders and has been appointed by the Department of Education as a Registration Officer for Independent Schools in Tasmania. She is currently Chair of the Board of Edmund Rice Education Australia, governing 55 schools across Australia. 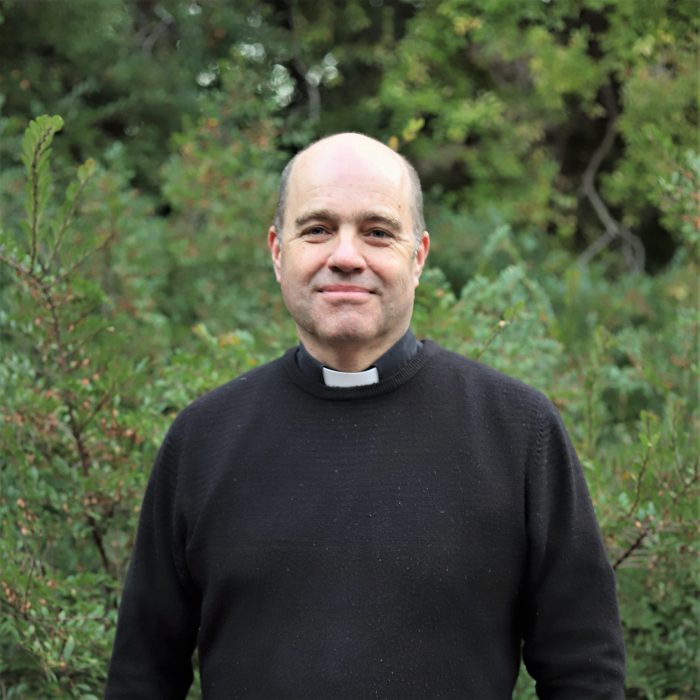 Although born in London, Richard was raised in Hobart, attending The Friends’ School. He pursued studies in Architecture at the University of Sydney, obtaining a BSc (Arch) with the Building Science Prize. This led to work in London in architectural computing, whilst being the part-time road manager for a Christian rock band.

After marrying Georgina, he joined her at Moorlands Bible College in Dorset before moving back to Sydney to study at Moore Theological College as an Anglican Candidate. Completing his studies in 1996 with BD(Hons) and DipMin he worked as an Assistant Priest in Killara and then as Rector of Cronulla from 2000-2009.

Returning to Tasmania as Dean of Hobart he is keen to proclaim Jesus as Lord in the heart of Hobart, to build a community of living faith, profound hope and practical love. He also serves on the Boards of St. Michael’s Collegiate and The Hutchins School and has been a soccer coach at both schools as well.

Richard loves being with his four children, listening to music, especially prog rock, and reading, and doesn’t like going to the gym! 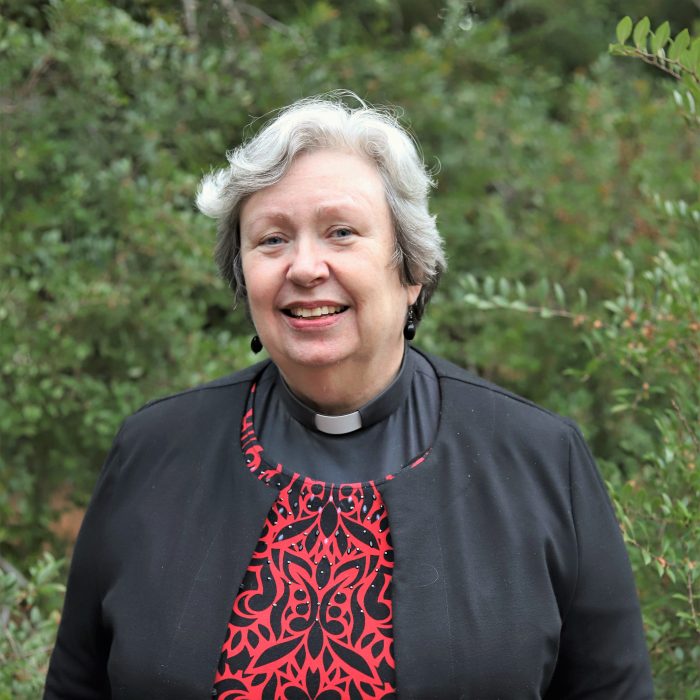 Member of the Finance and Internal Audit Committee

Susan grew up just outside Sydney, NSW in a semi-rural community. She commuted from there to the CBD by train for 12 years, where she worked in international finance for Westpac Banking Corp.

After completing study at Moore Theological College, Susan spent 20 years in ordained ministry working with the Department of Evangelism in Australia and overseas, and in general parish ministry at All Saints Nowra and St Anne’s Ryde.

After residing in the USA for three years Susan moved to take up the role of Rector of St Stephens, Wynyard in Tasmania. She lives in Wynyard, loves the North West Coast and is now the Northern Evangelism and Missions Coordinator at the Anglican Diocese of Tasmania.

A keen explorer of our world, Susan enjoys living in Tasmania and having the time to photograph, paint water colours and explore the island. 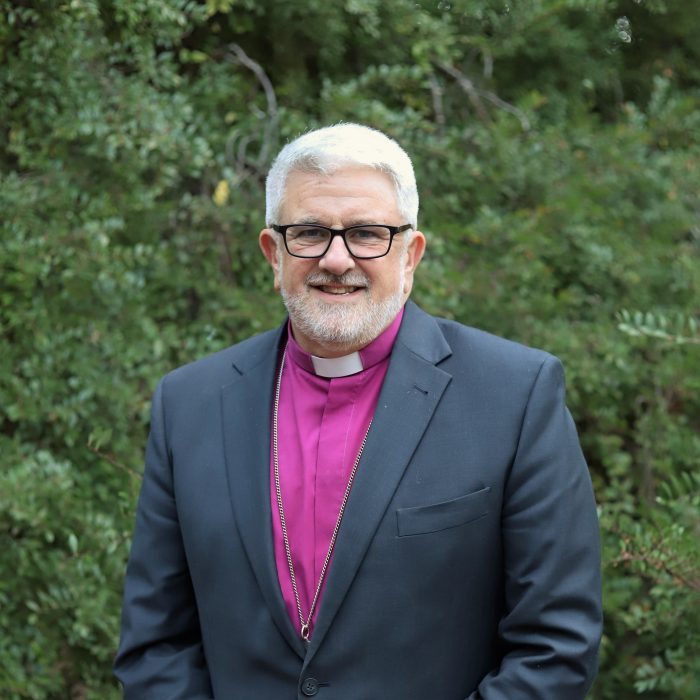 Richard is the 12th Bishop of Tasmania, commencing in this role in March 2016. He leads the Diocesan Vision to be a Church for Tasmania, making disciples of Jesus, which is showing some great signs of growth and renewed ministry. He chairs Anglican Health and Welfare which provides Chaplains to hospitals and prisons, works with the Board and CEO of Anglicare to love and serve the Tasmanian community, is Visitor to the three Tasmanian Anglican Schools, and is involved in various bodies in the Anglican Church of Australia.

Prior to coming to Tasmania, Richard was the Vicar of St Jude’s Church, Carlton for 14 years, one of Melbourne’s largest Anglican churches, and was Archdeacon of Melbourne. Richard was Lecturer in New Testament at Ridley College (an Anglican training college) from 1995-2002. His formal educational qualifications are in Social Science, Theology, and Ministry.